The Brotherhood Of The Knights Of 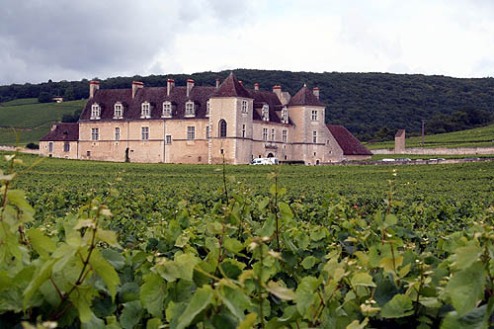 The Vine traces its existence to the ancient days in France when knighthood flourished, rules of honor prevailed, and chivalry was the order of the day.

Until the 13th Century, poisoning was almost an occupational hazard of royalty and their guests. At this time, the first wine knighthoods were established by royal decree. There were known as the ”Conseil des Eshansons”, a council of Master Cup-Bearers. These first wine knights grew the vines, made the wines, and tasted the wines, guaranteeing their purity for royalty. Thus the wines they served became known as noble wines. Out of this beginning evolved the etiquette of the table, the marriage of wine with food, and, even to this day, the tasting of wine at the table before serving guests.

Wine knighthood ended in France with the French Revolution. The effect of this disaster was as severe as that felt in American vineyards during Prohibition. By 1855 France realized the need for good and great wines and began the process of classification of growths, reestablishing the nobility of vine stocks. Through the years that followed, different regulations were passed, including the ”Appellation Controllee” which, in effect, meant a warranty of quality to aid wine lovers. At the turn of the century, different wine regions were seeking ways to make their products better known and better appreciated. On the first of July, 1901, France passed a decree that regulates associations of this type. This regulation gave the right to seek, study, and develop all appropriate means of promotion and publicity in order to focus the attention of the consumer on wine.

Wine knighthood was once again established in France. One of the first Orders established was the ”Order Universel des Chevaliers du Cep” – the Universal Order Of The Knights Of The Vine. While other such organizations acknowledge only the wines of their regions, the ”Chevaliers du Cep” recognized, from the beginning, the good wines of the world, and became justly known as the true Universal Order Of Wine Knights. This Brotherhood was founded in Montpellier in southern France by ”La Journee Vinicole”, the widest read wine journal in the world. It was established as a non-profit society designed to unite people who produce wine, those who sell it, and those who appreciate it.

In 1964, Norman E. Gates was declared the Grand Commander for America, and was given the responsibility for North, Central, and South America by the ”Federation Internationale des Confreries Bachiques.” The Federation today encompasses 38 Brotherhood’s from France, Italy, Belgium, Switzerland, and includes the Brotherhood Of The Knights Of The Vine. Mr Gates retired in 1995 at the age of 76. Michael D. Doukas was elected Grand Commander on September 14, 1995.  Timo Jokinen was elected Master Commander for Finland in May 1998.

Titles Of Knighthood
In grateful recognition of services rendered for the Vines and Wines of any wine producing countries, the Grand Council may, at its discretion, bestow on certain individuals nominated, the following grades of the Order:

The Grand Council may at its own discretion bestow other titles of honor upon persons of distinction who are performing a service to the Brotherhood and the Vines and Wines.

Obligations Of Knights
Knights are obligated to: Participate, when possible, in assemblages and ceremonies of the Brotherhood; adhere, without reservation, to the constitution and charter of the organization; continue to advance the appreciation of the good qualities of wine; pay such annual dues as may be set by the Grand Council.

Knights may not use the insignia of the Brotherhood for advertising or commercial purposes or for partisan political activity.

Who Is Eligible To Join The Brotherhood
Both men and women are eligible to become Knights or Gentleladies of the Brotherhood. To be accepted as a Knight, a candidate must be nominated by a Knight in good standing; have an interest in and appreciation of the vines and wines; be selected for elevation to Knighthood by the Grand Council of the Order. Knighthood is reserved for persons of distinction who know wine, appreciate it, and pledge to serve its cause well.

Motto Of The Brotherhood:  Per Vitem! Ad Vitam!    Through the Vine, Toward Life.

Slogan:   Water separates the people of the world; wine unites them.